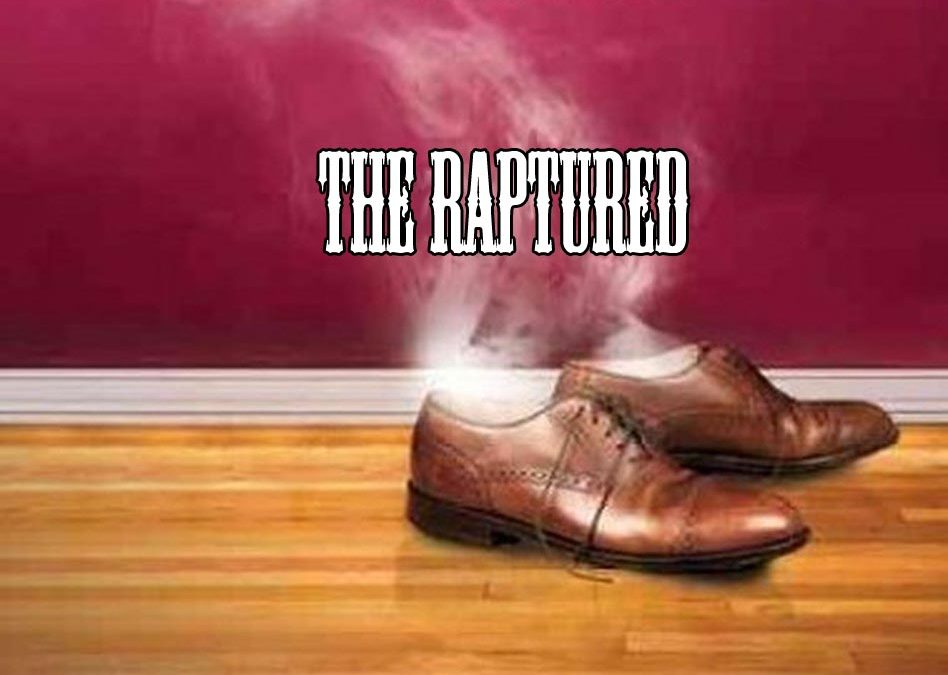 If the rapture is correct, then God and Jesus owe an apology to all those millions and millions, did I say millions of people who have been tortured to death by beheading, burned at the stake, boiled in oil, skinned alive, baked in ovens, buried alive, gassed, impaled, hung, turned into human candles and the list goes on and on and on. Every Christian knows God is the same yesterday, today and tomorrow. If He allowed HIS PEOPLE to suffer such cruelty for 6,000 years, why out of the blue would He spare you and me in the End Time Events? Why do Americans think they are so privileged? Does God not say He puts no man above another? Did He not crucify His own Son? Did Jesus not say, if we choose to follow Him, we would be persecuted and treated just like Him. I will ask again, what makes you so special? Could it be you have been deceived?

Sorry to tell you, but God expects you to be ready for the rapture or resurrection when He comes. There is no second chance, the rapture will not be in secrete, it will be noisy, loud, brilliant, and downright glorious. He is coming with a shout and sound of trumpets. Everyone lost and saved will know He has arrived. The alive and dead in Christ Jesus will go to Him and spend the millennium with Him in heaven. Everyone left will be destroyed right then and there. No one will escape. Satan will be chained by the circumstances he finds himself in, not physical chains. No one is left on earth but him with no one to tempt. At the end of the 1,000 years, he will be loosed, and his dead sinners will be resurrected. They will surround the New Jerusalem; Satan will deceive all those on earth one last time and attack the New Jerusalem. The rest is history the old earth gone the new earth here. Question is, will you be looking for Jesus’s return or lulled to sleep by fairy tales and fables. (And they shall turn away their ears from the truth and shall be turned unto fables. 2 Timothy 4:4 KJV) Will you put your trust in God’s Word or some man’s interpretation of God’s Word? Please read very slowly, carefully many times with lots of prayer Rev: 20. Pay close attention to verse 5. Hint: there is no mention of anyone being alive. God’s word is awesome, have fun. Shalom

Paul wrote, “The Lord himself shall descend from heaven with a shout, with the voice of the archangel, and with the trump of God: and the dead in Christ shall rise first: Then we which are alive and remain shall be caught up together with them in the clouds, to meet the Lord in the air: and so shall we ever be with the Lord. Wherefore comfort one another with these words.” (1 Thessalonians 4:16-18). That is the rapture. Our Lord’s feet do not touch the earth and all believer’s dead and alive are raptured in one event.

But what about those who are not “caught up,” those who are left behind? Popular teaching says they will have a second chance during a “seven-year Tribulation,” an idea heavily promoted in the wildly popular Left Behind novels by Tim LaHaye and Jerry B. Jenkins. Though those books have sold by the millions, the important question for us should be, Is that theology truly biblical?

Immediately after Paul describes true believers being “caught up,” he then declares, “But the day of the Lord will come as a thief in the night. For when they shall say Peace and Safety, then sudden destruction cometh upon them … and they shall not escape” (1 Thessalonians 5:2-3). Thus, according to Paul, those who are not “caught up” will reap “sudden destruction” and “not escape.”

Does this sound like ‘the second chance’ so graphically depicted in Left Behind novels and films? Hardly.

It gets worse. How widespread is this “sudden destruction”? Jesus Himself explained it: “As it was in the days of Noah, so shall it be also in the days of the Son of man. They did eat, they drank, they married wives, they were given in marriage, until the day that Noah entered the ark, and the flood came and destroyed them all. Likewise, also as it was in the days of Lot; they did eat, they drank, they bought, they sold, they planted, they built; but the same day Lot went out of Sodom it rained fire and brimstone from heaven and destroyed them all. Even thus shall it be in the day when the Son of man is revealed” (Luke 17:26 -30).

In Noah’s day, all who refused to enter the ark were left behind, destroyed in the deluge. In Lot’s day, everyone except Lot and his family were consumed by falling fire. Jesus Christ said, “Even thus shall it be in the day when the Son of man is revealed.”

Other texts make it clear that when Jesus returns (rapture/resurrection), those left behind will be destroyed, not given another chance during some hypothetical “seven-year Tribulation” (which, by the way, is nowhere referred to in the Bible). Here are just a few texts describing the global desolation that follows Jesus’ return.

These verses teach that those not “caught up” (raptured/resurrected) when Christ returns will be destroyed, and the destruction will encompass all the earth, as it did during Noah’s flood. Jesus Himself taught this. “The flood came, and took them all away; so, shall also the coming of the son of man be” (Matthew 24:39).

I cannot explain the whole false doctrine to which many hold so dearly. However, I just punched a huge hole in the 7-year tribulation doctrine. It’s not my opinion, I did not use the term “I believe”. I did not quote another teacher/preacher/commentary other than Paul, Jesus Christ, and God’s word. I used the Bible and only the Bible. I pray it is enough to make you think and want the truth and begin to seek it.

For a more in depth study go here.