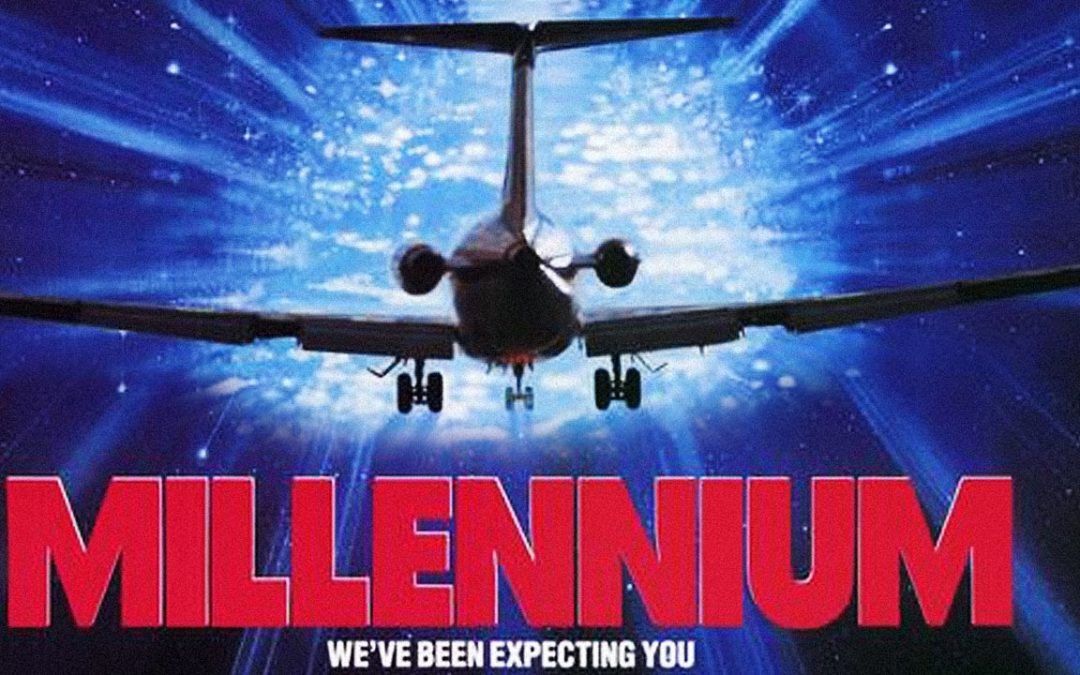 This is a short Study on the sequence of events before, during and after the millennium.

Most of us have heard the word “millennium” even though the Bible contains no such word. Most Christians also know, just as 10 years is a “decade” and 100 years is a “century”, 1000 years is a “millennium”. It comes from two Latin words: mille meaning “thousand” and annus meaning “year.”

The 1000 years and the sequence of events leading up to and after the millennium are indeed very much misunderstood today. This is because of the false version taught in Futurism.

Futurism is a Christian eschatological view that interprets portions of the Book of Revelation, the Book of Ezekiel, and the Book of Daniel as future events in a literal, physical, apocalyptic, and global context. By comparison, other Christian eschatological views interpret these passages as past events in a symbolic, historic context (Preterism and Historicism), or as present-day events in a non-literal and spiritual context (Idealism). Futurist beliefs usually have a close association with Premillennialism and Dispensationalism. i


It has only been in the last 100 years that Futurism has gained popularity. Is it a coincidence that it has risen during the era the Bible labels “lukewarm church” I don’t think so; because, the prior 1900 years the church used Historicism to interpret scripture and that was during a time the church was on fire for God. It is a false doctrine that helped user in the time of the lukewarm church called Laodicea in the Book of Revelations.

So, what does the Book of Revelation really teach about the millennium? As stated earlier, the specific word “millennium” is not in the Bible, but the idea of a special thousand year period is. That special period of time is expressed as a “thousand years” and it appears six times once in each verse from Revelation 20:2 to 7. Anytime God repeats something six times you better pay attention. It reveals the schedule God plans to use when He brings this world to a close, like a time table of final events.

God says in 1 Corinthians 14:40, “Let all things be done decently and in order.” Since the Lord is a God of order, He planned everything out in advance. For instance, He includes four groups of people in His discussion of the thousand year period, they are:

Now let’s consider events under three headings: Events before, during, and after the Millennium.

Events BEFORE the 1000 Year Millennium

Revelation 13:16-17, The Mark of the Beast Is Given — The Antichrist Beast enforces his Mark with coercive threats.

Revelation 22:11-12 — Jesus accepts each one’s decision as final and says He will return quickly.

Revelation 16:1-17 — The Seven Last Plagues punish those who have the mark from the Beast.

The Battle of Armageddon

Revelation 16:17-18 – On Armageddon day, cities crumble around the world.

The Second Coming of Christ Is Spectacular

Matthew 24:30-31 — Christ returns “with power and great glory” to gather His faithful people.

Matthew 25:31 — When comes in His glory, all the holy angels accompany Him.

Revelation 1:7 — As Christ gathers His redeemed in the Resurrection (rapture), “every eye shall see Him.”

The RIGHTEOUS DEAD Are Resurrected

Revelation 20:6 — “The FIRST resurrection” is for those “blessed and holy,” who are “with Him [Christ] a thousand years.” The word first implies a second, and there ARE two resurrections, 1000 years apart.

The RIGHTEOUS LIVING Are Caught Up

1 Thessalonians 4:17 — The living saints are then caught up “to meet the Lord in the air.”

The WICKED LIVING When Christ Comes Are Struck Dead

2 Thessalonians 1:7-10 —Christ will take “vengeance on them that know not God, and that obey not.”

2 Thessalonians 2:8 — Christ will “destroy [the wicked] with the brightness of His Coming.”

Isaiah 13:9 —The Lord will lay the land desolate and destroy the sinners out of it.

Events DURING the 1000 Year Millennium

On EARTH: Satan Is “Bound” with No One Left to Tempt

Revelation 20:1-3 & 7 — Satan is bound with “a great chain” and cast into “the bottomless pit . . . till the thousand years were finished. But after these things he must be released a little while.”

There are two points made here. They are (1) the “great chain” which binds Satan and (2) “the bottomless pit” which forms his “prison” But the question to ask here, is scripture talking literally or symbolically? Well, we know the Devil is real and literal enough. Jesus Himself said: “I beheld Satan as lightning fall from heaven.” Luke 10:18. But the angel Lucifer, who made himself into the Devil called Satan, is a supernatural being. And, as Paul put it: “We wrestle not against flesh and blood, but against principalities, against powers, against spiritual wickedness in high places.” Ephesians 6:12.

Simple reason tells us that no actual, literal “chain” or “pit” or “prison” could secure a supernatural being. More important, God’s Word tells us the same thing. One day after sailing across the Sea of Galilee: “They [Jesus and His disciples] came over unto the other side of the sea, into the country of the Gadarenes. And when He was come out of the ship, immediately there met Him out of the tombs a man with an unclean spirit, who had his dwelling among the tombs; and no man could bind him, no, not with CHAINS: because that he had been often bound with fetters and chains, and the chains had been PLUCKED ASUNDER by him, and the fetters BROKEN IN PIECES.” Mark 5:1-9.

Ask yourself, if a devil possessed man could easily break apart a chain with superhuman strength, is it likely that the prince of devils himself could be bound with one? So what kind of “chain” is it that God uses to bind Satan? It’s a chain of CIRCUMSTANCES which binds the Devil more securely than any literal chain ever forged. Note the circumstances in which Satan finds himself at this time: In the first place, all the righteous who were unwilling to listen to him have been taken to heaven. And all the wicked have been struck dead. Thus the entire earth is depopulated with NO ONE LEFT for Satan to tempt! Old Testament prophets foresaw this unique situation: Jeremiah 25:33 — The slain wicked “shall not be LAMENTED or GATHERED or BURIED” for there are no survivors around to do any of these things! Isaiah 26:21 — When the Lord returns, “the earth . . . shall no more cover her slain.” Isaiah 24:1, 3, 22 — “The Lord makes the earth EMPTY. . . .The land shall be utterly EMPTIED.”

Satan is securely bound, “chained” by circumstances beyond his control. But what is “the bottomless pit”? The Greek word translated “bottomless pit” is abussos from which we get our English word abyss. Modern Bible versions like the Amplified Bible, NASB, NEB, NIV, TEV, and others translate “bottomless pit” in Revelation 20:1 as “abyss.” Abussos is exactly the same word the Greek translation of the Old Testament uses in Genesis 1:2, where it says “the earth was without form, and void.” The prophet Jeremiah directed divine light on this question when, centuries ago, he looked down the corridor of time with the eye of Inspiration and testified: Jeremiah 4:23-27 — The earth is desolate, without form and void, with NO human inhabitant! So, what period of history was Jeremiah seeing when he wrote, “Lo, there was NO MAN”? We might think it was at the start of Creation Week, because (1) “there was no man” before God formed Adam, the first man, and because (2) Jeremiah said “the earth . . . was without form, and void” which was true at that time.

But although those two clues above fit that time period, we note that God placed a third clue in this passage which does not fit: Jeremiah says he saw “all the CITIES . . . broken down.” This vision could not possibly be of the beginning of Creation Week, for man did not build cities before he was even created!

The only other time in human history when prophecy could describe the earth as having “no man” is during the Millennium while the earth is depopulated of all living people, “empty,” as we read before.

At that time “all the cities” WILL be “broken down,” completely leveled from the devastation of the final one of the Seven Last Plagues which brings the most terrific earthquake ever and pulverizing hail.

In HEAVEN: The Saints Assist in the Judgment

Revelation 20:4 — The redeemed sat on thrones, “and judgment was committed to them.”

1 Corinthians 6:2-3 — The saints shall judge the world and angels, the angels who fell with Lucifer.

Even human legal proceedings don’t dispose of a case in a flash. The whole process has several stages:

1. First, there’s the investigation of all pertinent facts we call a TRIAL.

2. Second, there’s the rendering of a decision we call a VERDICT.

3. Next there’s often an assessment of the verdict we call a JUDICIAL REVIEW.

4. Finally there is a carrying out of the verdict we call the EXECUTION of the sentence.

The same process is seen in mankind’s Final Judgment. The first two steps take place in heaven before Jesus returns (Daniel 7:9-10), for Step One, the investigation or “trial,” must precede Step Two when Christ announces His “verdict” that each morally filthy or holy person stay that way (Revelation 22:11). And Step Four, the “execution” of the wicked’s final death sentence, will take place after the thousand years are finished. But Step Three is where the redeemed saints, in heaven, are granted the privilege of conducting a “judicial review” of the wicked who lie dead on earth.

God knows that because some people are not saved, they will be missed by the saints, yet He wants no heavy hearts in heaven. So during the Millennial time in Heaven, God will allow us to ask any questions about His decision as to why some are not saved, such as:

1. “How come Aunt Martha and Grandfather! aren’t here? They were such good people.”

2. “Yes, and how about Pastor Jones and Father Brown?

Then an angel will lead the inquirers to heaven’s Record Books, now lying open to examination, and sadly reveal the unforgiven sins, sins not blotted out, unknown to the world, unknown even to close friends and loved ones. God is too wise to allow even a trace of a doubt to linger in anyone’s mind about His justice.

Though the wicked from all ages suffered the first death common to all men, God will not destroy them by the second death in the Lake of Fire until this review of His judgment is completed. In other words, God makes sure that Event #15 (wicked are destroyed by fire) will not take place until Event #10 has been thoroughly completed.

Events AFTER the 1000 Year Millennium

The Wicked Are Resurrected, So Satan Is Loosed

Revelation 20:3, 5a, & 7 — Those “blessed and holy” had part in the first resurrection. “But the rest of the dead [the wicked] lived not again until the thousand years were finished. . . . And when the thousand years are expired, Satan shall be loosed out of his prison” for once again he has people to tempt!

The Holy City Descends from God Out of Heaven

Revelation 21:2 & 10 — The New Jerusalem, prepared as a bride adorned for her husband, descends.

Revelation 20:7-9 — With the wicked alive again, Satan is loosed out of his prison and goes out to deceive them, to gather them to battle against the beloved city.

The Wicked Are Judged Before God’s “Great White Throne”

Revelation 20:11-13 — Before the great white throne, “the books were opened” to judge the lost.

Romans 14:10-12 — Every knee shall bow and every tongue confess and give account to God.

The Wicked Are Destroyed by Fire

Revelation 20:9, 14-15 — When the wicked surround the holy city to attack it, FIRE comes down from God out of heaven and DEVOURS them. This lake of fire is the SECOND death.

Revelation 21:8 — The wicked of every description have their part in this lake of fire.

The Earth Is CLEANSED by Fire and Made New

Isaiah 66:22-23 — On the glorious New Earth, we will come to worship God from one Sabbath to another.