The first bowl judgment brings harmful and painful sores to those who carry the mark of the beast. The second judgment turns the sea into blood and kills all the marine life. The third bowl judgment turns rivers and springs into blood. Unlike prior incidents where some portion of the sea or rivers was affected, this event appears to ruin all waters throughout the entire earth (Revelation 16:1–4).

Following the third bowl judgment, an angel declares that God is just to avenge the wicked for their murderous acts against the saints and prophets. The angel’s declaration is met with full agreement from a voice from the altar (Revelation 16:5–7).

The fourth judgment scorches the wicked with fire, but instead of repenting, unbelievers curse God. This might refer to a reduction in earth’s natural protection from the sun, “allowing” it to burn the people of earth. The fifth bowl judgment plunges the kingdom of the beast into darkness. The wicked respond by gnawing their tongues in anguish and by cursing God. The sixth judgment dries up the Euphrates to prepare the way for the kings of the east. Next, demons assemble the kings of the whole earth to battle against God at a location referred to as Armageddon, meaning the hill—or mountain—of Megiddo (Revelation 16:8–16).

The seventh bowl judgment brings about an earthquake that splits Jerusalem into three parts. Also as a result of this earthquake, cities worldwide fall, Babylon feels God’s wrath, islands flee, mountains crumble, and hailstones weighing about 100 pounds bombard people. Still, the wicked refuse to repent. Instead, they curse God (Revelation 16:17–21).

At this point, earth has been fatally ruined and the tribulation is all but over. Chapters 17 and 18 will go into greater detail, some of it poetic and descriptive, to further explain the fall of the wicked. Chapter 19 will resume the moment-by-moment description of the end times, including the second coming of Jesus Christ. 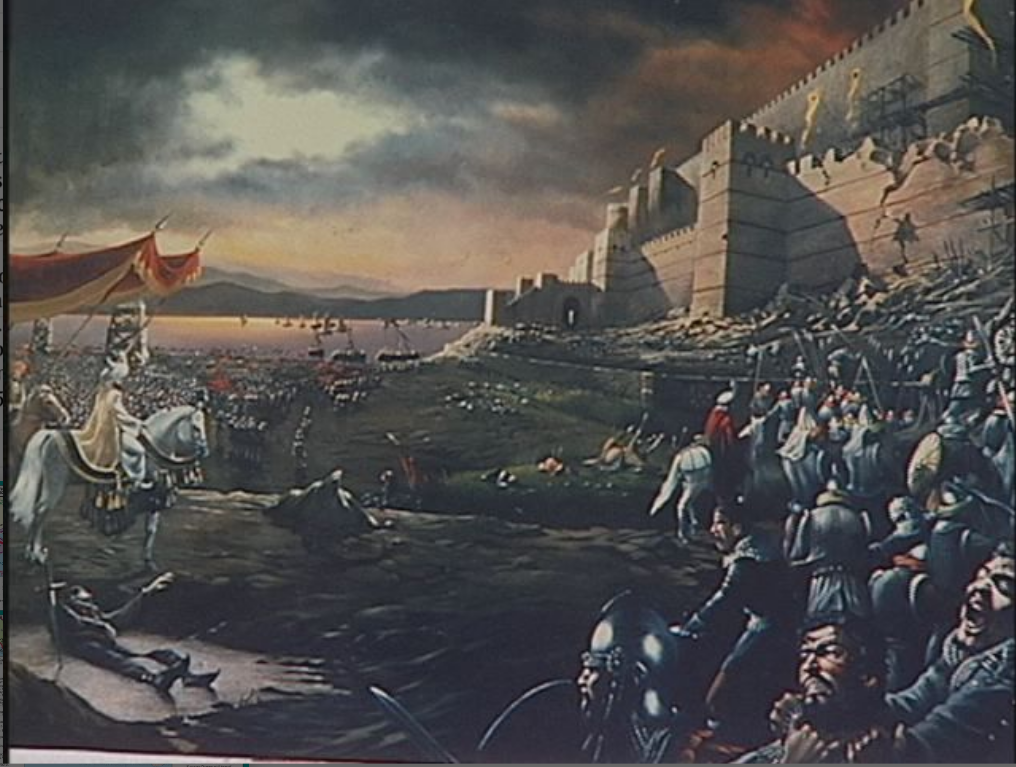 The 6th Bowl was poured out to dry up the Ottoman Empire, the people (river) of the Euphrates who had been released during the 6th Trumpet of Revelation 9. During the 18th and 19th centuries, they lost control of the territories that they had occupied. They lost control of Palestine to General Allenby of Great Britain in 1917 A.D. And were only left with the country of Turkey. This led to the creation of the Zionist state of Israel, by Khazar Jews who came from Eastern Europe.
Revelation 16:12-16, Then the sixth angel poured out his bowl on the great river Euphrates, and its water was dried up, so that the way of the kings from the east might be prepared.